Once upon a time, in the mystical land of Writencentia, there lived a tall, handsome young knight, with flowing blond hair and striking blue eyes. Though brilliant of mind, he simply detested writing. This troubled him deeply–writing was a beloved past time throughout all of Writencentia, yet he struggled to enjoy writing. Whenever he sat down to put quill to scroll, he would freeze up in fear, as if an ice-breathing dragon had frozen him in a block of ice. 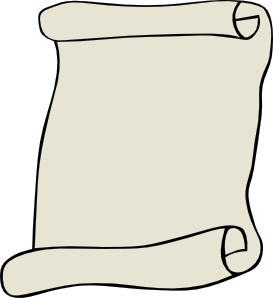 Try as he might, the young knight could not successfully put quill to scroll. (Image from clker.com)

One afternoon, the young knight spoke of his troubles to one of his closest friends in all the land.

“I fear that I am unworthy, as I am unable to produce any writing of quality, and often, any writing at all,” he said solemnly. “It is if my mind hath put a curse upon itself. It leaves my parchment blank and my quills untouched.”

The knight’s friend nodded as he listened. He understood exactly what the young knight was going through. “I know of the problem that troubles you,” he said, “For I too have experienced the same curse.”

“Have you?” said the knight. “What ever did you do about it?” he said, his curiosity piquing.

“I journeyed to the center of the kingdom, where I went to the castle of Writencentia,” said the knight’s friend. “There, I was able to speak with a most bright and lovely princess, who helped me find ways to overcome my fear and hatred of writing.”

“Was it helpful?” asked the knight.

“Indeed, ‘twas,” said his friend. “‘Tis a journey most worthy of undertaking.” 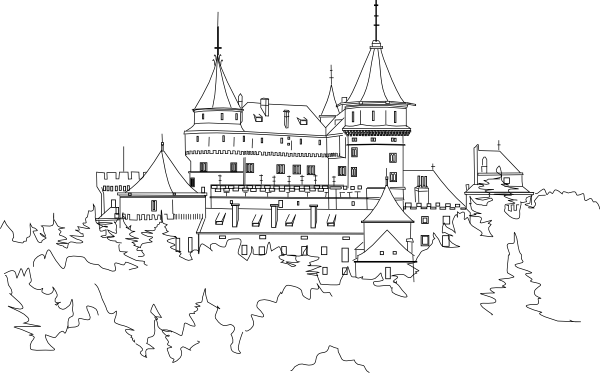 The young knight traveled to Writencentia Castle in search of writing help. (Image from clker.com)

The next day, the young knight journeyed to Writencentia Castle, and to his surprise, the trek was not difficult at all. Once at the castle, he was greeted by one of several princesses. With great friendliness and hospitality, she offered him tea, coffee, or cocoa before their discussion began. Feeling most welcomed, the prince accepted this offer, and then they went to work.

“What can I help you with today?” asked the princess, her kind brown eyes beaming.

The knight was bashful to begin talking, but he quickly convinced himself that he had nothing to fear. The kind princess was there to help him with his writing struggles, not to judge him or chide him.

“I’m afraid to say that I do not like writing,” said the knight. “For when I try to write, my mind and my wrist are most paralyzed.”

The princess looked at him with understanding. “Do you know what it is about writing that fills you with such fear?”

The knight took a moment to consider the question. What was it about writing that paralyzed him so?

“Well,” he began, “I think part of it is that I always want what I write to be written with perfection the moment I write it,” he said with a frown.

“Can you?” asked the knight.

“Why certainly!” she replied. “I want to encourage you to not let that fear keep you from writing, because your thoughts and ideas are important. If you do not try to put them on the page, written perfectly or not, those thoughts may fly away from you and you may not have them again. Try writing down what comes to mind without worrying about how pretty it sounds at first. Then, once you’ve finished writing down your ideas, you can revise how they are written so they sound more beautiful.”

The young knight was skeptical at first, but the princess offered to help him practice. She told him to write a story about a time when he was happy and encouraged him to not stop and think so hard about what he was trying to say but to let the ink flow from his quill. After a little bit of time, the prince had written something–at long last! Then, with the help of the princess, he read back through what he had written to make his writing more satisfactory to him.

Once their hour was up, the knight was prepared to leave Writencentia Castle feeling better about his writing and himself. The princess had armed him with the knowledge that when writing, he needed to be mindful of when his fears were holding him back so that he could tell himself to carry forward and stick quill to parchment–after all, he could always revise what he had written. The princess taught him that writing is a process much easier broken into steps.

“Thank you, kind princess, for all of the lessons you have given me today,” bowed the knight to his tutor.

“I most certainly will,” said the knight.

The young knight hopped onto his horse, waved good-bye to the princess, and traveled home with great confidence.

Does the young knight remind you of yourself? Do you not like writing because it’s intimidating or boring?

Fear not! Here at the Writing Center, our tutors are more than happy to help you identify what it is about writing you don’t like and offer you strategies to make the writing process more enjoyable for you.

Ready to start your quest? Book an appointment here, and embark on the path toward a happier, less stressful writing process.