For everyone who may want to write about literature (English majors or otherwise), here’s a quick primer on some of the most popular schools of literary study, with examples of their application to William Shakespeare’s Hamlet.

Formalism: This is the literary field you were most likely taught back in high school. This study focuses on solely the language provided within a given text, rather than historical context or authorial intent. This method includes analyzing plot elements, characters, diction, and poetic devices such as metaphor and allusion.

Example: When Hamlet says “To die; to sleep…” (3.1.68), he is using metaphor to compare dying to sleeping, and thus makes death seem less frightful and complex. 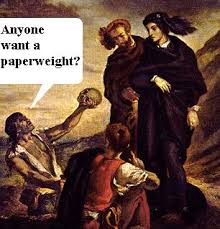 Example: We see a dichotomy of characters within Hamlet, those who act and those who think/hesitate/do not act. Laertes and Claudius are men of action (fighting or killing to suit their needs), whereas Hamlet tends toward inaction (hesitating to kill Claudius as he prays.)

Deconstruction: When Structuralism gives us binaries, Deconstruction breaks them down. Deconstruction also analyzes the instability of language, as word meanings may change over time or mean several things within one usage.

Example: Although, as our previous example demonstrated, Hamlet tends toward inaction, he tends toward actions in some scene, such as when he stabs Polonius through a curtain. We can also ask what exactly “action” means – is it solely deeds, or does speech count as well?

New Historicism: New Historicism looks at the realities of the time period a text was written in to find meaning. New Historicism seeks out primary sources to give us description about what life was like for the author during their life in their era and their home.

Example: What was life like for Danish royals during the Renaissance? Why did Shakespeare, an Englishman, choose to write about Denmark? Succession disputes are at the heart of Hamlet’s plot, is this commentary on the real-life succession crisis following the death of Queen Elizabeth I that Shakespeare lived through?

Feminism: Feminist theory analyzes women within a text. This can manifest as analyzing female characters themselves, or attitudes toward women, or how women are placed within power structures of the text, etc. Feminist studies has since transformed into Gender Studies, which analyzes both men and women in a text, as well as what constitutes the masculine and the feminine in a text.

Example: Only two women appear within Hamlet, one his mother, Gertrude, and one his girlfriend, Ophelia. Hamlet harasses his mother, believing she has something to due with the murder of his father (she does not), and spurns Ophelia as a part of his scheme to “act crazy.” We can easily see that women do not have much power within the play.

Queer Theory: Queer Theory came out of Gender Studies, and focuses on depictions of non-normative sexuality that oppose dominant attitudes about sexuality. Queer Theory also analyzes general inversions of dominant constructs within a given text.

Example: Is Hamlet’s relationship with Horatio homoerotic? The Prince tells Horatio that he is held close in his heart, and Horatio eulogizes the dying Hamlet with the touching “Goodnight, sweet prince” (5.2.397).

Psychoanalysis: Having begun with Sigmund Freud, Psychoanalytic Theory attempts to understand the unconscious and subconscious of authors as their desires may manifest within literature. While some of the most famous applications of Psychoanalytic literary criticism involve the Oedipus Complex, this field also studies the id, ego, and superego; dreams; reality versus fantasy; and death wishes/death avoidance. 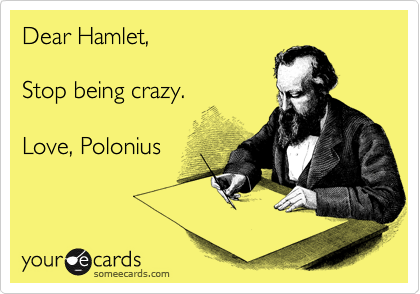 Example: “Hamlet and Oedipus,” a book by Ernest Jones, claims that Hamlet’s desire to kill his uncle is in part due to his repressed sexual desire for his own mother. This theory about Hamlet and Gertrude’s relationship can also be seen in several adaptations of the play, such as Mel Gibson’s Hamlet.

Marxism: Marxism analyzes both structures of control and circulation of capital. Marxism asks who has the power and what gives them that power within any given work of literature.

Example: The major players of the text have considerable wealth, either belonging to the royal family or having some kind of noble blood. Non-royal characters, such as Rosencrantz and Guildenstern, are expendable, their deaths off-screen and holding little impact. This fact demonstrates the valuing of those with capital over those without within feudalism/capitalism. 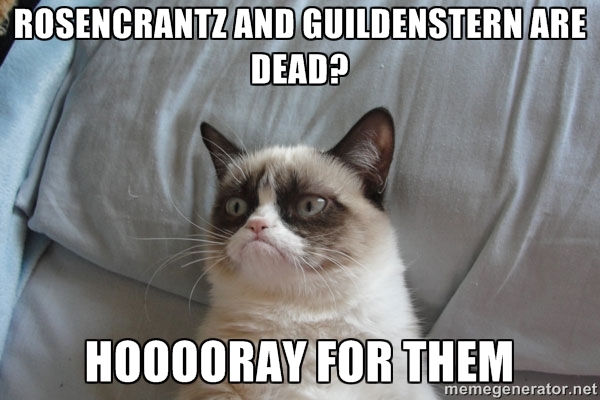 In academia, you will rarely find scholarly articles that use only one method of analysis. It is common, for instance, to see a scholar take a Marxist, Feminist, and New Historicist approach to a text, or maybe a Queer and Deconstructionist approach. This breakdown is simply to help identify such approaches, and perhaps inspire you to analyze literature under these approaches on your own.